I wish I knew then what I know now! 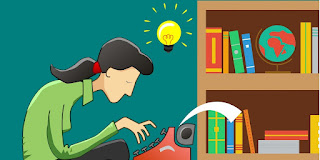 *This was originally written for the SmorgasBord Blog Magazine.

I began writing in pre-historic times, when dinosaurs roamed the earth and writers pecked on typewriters. I had no idea computers, software, hardware, printers and emails were waiting in the future.

One morning I woke to birds chirping and mammoths trumpeting and decided I wanted to be a writer. Except for a few well-received essays in high school and a handful of English courses in college, I had absolutely no background in writing. I didn’t even know what a thesaurus was. I just knew I enjoyed creating stories.

The one thing I did have in my empty toolbox was a knowledge of books. I loved reading. I was a voracious reader. And while voracious may not work anymore to describe my reading, I still plow through several books a month. How can anyone not read? But I’m getting off topic. So armed with my ideas I began to write. This was challenging on a couple of levels. Creating a story and getting it on paper.

Today creativity is my major challenge. Then, getting words on paper.

Each typed page needed to be proofed before it left the typewriter and, unless you were a perfect typist which I wasn’t, involved a lot of white paint—correction fluid—from a little bottle called Wite.Out. Wite.Out was a secretary’s and writer’s best friend. Yes, back in the dark ages people were called secretaries instead of admin assists.

After typing out the manuscript, which usually involved several hundred pages, came the rewrites. Say you did a serious change on page ten that involved adding a scene or scenes that ran into extra pages. If you were lucky, you only had to retype that chapter then go back and use your trusty White Out to change the following page numbers of the rest of your manuscript. Yup, the good ole days.

Next step was finding a home for your story. Again, there was no computer to do a quick search of who wanted what. The Writer’s Market Guide was, and probably still is for those who don’t publish Indie, an invaluable tool. I spent hours combing through pages looking for the appropriate home for my genre. 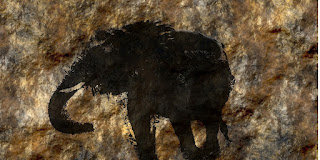 After I drew up a list, I began to send out my stories. Remember this was still the ice age, and typewriters and carbon paper still roamed the earth. There were no emails, no attaching three chapters and hitting the send button. Instead, it was purchasing legal size envelopes, stuffing your letter and chapters inside and heading for the post office. Then waiting, and waiting, and waiting some more, for a response that sometimes never came. In that respect, things haven’t changed, have they? Often times when you did get a response, it was a form rejection letter—something else that I imagine hasn’t changed—and you started back at square one. Other times, the publishing company or agent wanted to see the entire manuscript. Then it was off to the supply store to buy a box to mail your manuscript in and have copies made. It was a fairly pricey and time-consuming process.

Researching was also more challenging than it is now. The information was there, but not at your finger -tips. Instead of tapping a few keys and doing a search, you had to track down physical books, which usually meant hitting the library or a bookstore.

And there was no self-publishing unless you went vanity and paid for it.

Since those days I have added to my toolbox and am always on the lookout for new tools. I have a few that I’d like to share, which you may already know of and use.
For synonyms, I use Power Thesaurus.
For covers: pixelstudio. I love this group. They are so helpful and their prices are unbelievably reasonable.
For those of you who make your own covers, trailers and or memes: Book Brush.
AND
For general information and support for most aspects of writing and publishing, IWSG (Insecure Writers Support Group).

So, back to the beginning: If I’d known then what I know now, I would have probably waited a few years to start writing.😉 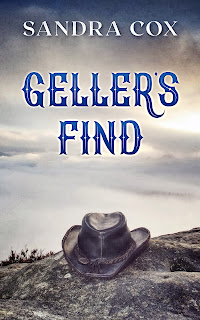 Geller’s Find
It’s summer break and Dr. Luke Geller, history prof and part-time archeologist is in Nevada looking for potsherds. What he discovers is an antique rifle and a portal in time.
When Geller touches an ancient piece of chiastolite crystal, the earth rumbles, the skies darken and the ground opens. He’s hurled straight to the core of the earth then shot back up and spewed out.
When he stumbles to his feet, he finds himself where he began. Same yet different. There are no winding roads. No parking lots. No cars. No town with bright lights in the distance. Only Lily Winter Tremaine, an angry young woman pointing a gun at him, demanding he hand over her rifle.
All thoughts of primitive pottery disappear as Luke finds himself fighting alongside three young women trying to hold onto their ranch against a dangerous scoundrel who intends to have the ranch by whatever means possible. Then there’s the little matter of Luke being mightily attracted to the young woman he’s working for. A woman old enough to be his great-great granny. And Miss Lily Winter Tremaine does not figure into any of tenured professor Luke Geller’s lesson plans.

And today I and the First Love: The Art of Making Doughnuts authors are visiting Elizabeth S. Craig with an article about working on an anthology.
at Monday, September 12, 2022

Congrats on your new book, Sandra! I remember white out and typing on a typewriter. We were using computers by the time I started writing but I still had to print and mail my first manuscript to a publisher.

I remember White Out. Fortunately I didn't start the author journey until computers and emails were common.

Great entry! I also starting writing in the ice age. Climbing slowing off the glacier with my cleats. No more white out. But some things haven't changed. Hunting down an agent and thinking they have a much better job than I.

Natalie and Alex, Are you two sure you're old enough to remember White Out? Heh.
Thanks, Natalie:)
Yvonne, "Climbing slowing off the glacier with my cleats." Love it:)
Di, Thanks so much for hosting me. Really appreciate it.

How many times have I uttered those words. Great post.

Congratulations! I loved your expose on the way 'it' use to be, delightful and utterly exhausting! Thank you for sharing.

Ah yes, the joy of typewriters. I learned to type on one. But by the time I started writing, computers were the norm. I don't envy you the olden days.

Hi Sandra - what a fun post to describe your route to publication ... I remember tippex as we called it, and carbon paper et al ... but I wasn't trying to write books. So pleased you're here now ... and if you'd waited, you probably wouldn't have started ... congratulations - cheers Hilary

Liz, Computers are definitely a plus.
Hils, Carbon paper....shudder.

I remember the writer struggles of pre-internet, and by that I define it as the time before internet was a common household service. As much as I believe in the culture of physical books, I like to believe that internet saved me as a writer. Without it I may not be published (including self-published) today.

Congratulations, Sandra.
It's good to know more about you. Well wishes for Geller's Find!

Ahhhhh--the good ole days. I remember the whiteout and that wonderful indescribable scent of mimeographed papers. I wasn't producing books back then, so I missed sending a boxed ms and paying for the postage. I think our era of writers appreciate email and the delete button more than the young 'uns.

Its the new writers way now isn't these apps are ruling the world - still it beats pounding on a typewriter lol. Fiverr is another good one for cover design.

Ah yes, the Time Before Internet - I remember it well, and also had to scour writing magazines and The Writers' and Artists' Yearbook (UK) for places to submit. It seems like a lifetime ago. It's all pretty easy now, in comparison.