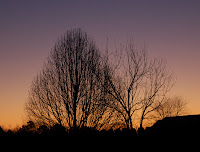 To all my friends & fans, may your 2007 be filled with prosperity and hope!
2006 is almost gone - turn the page and begin anew!

For aspiring writers in SE portion of North Carolina, there is an upcoming seminar in Lumberton, NC with author P. M. Terrell. Click on link for details:

I will also be hosting a seminar on publishing & marketing at James Sprunt College in Kenansville, NC on February 20th. For reservations contact: Teresa Davis (910) 296-2430 or Tdavis@jamessprunt.edu. 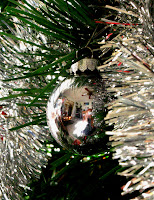 MERRY CHRISTMAS TO ALL MY FANS & FRIENDS!!!

A quick end of year update!

First, our online writer's group has a forum that is open to all! Please come explore at http://z8.invisionfree.com/TheWritersMeow/index.php

The tour for Book III is over, with a couple small appearances planned for next year before Book IV is published. I also have a seminar on publishing scheduled for February 20th.

Book IV is 100% complete and ready! Front & back covers have been finalized, along with the dedication page. Book IV will be dedicated to those who made the biggest difference - my fans!

Sad to say, there will be many places I cannot return to in 2007. Borders Inc. is closing many of their Waldenbooks (ultimately paring it down to 300 from 700!). Both Roanoke, VA stores are closing, along with my favorite Virginia Beach and Norfolk stores, and the Richmond, VA and Lumberton, NC stores. For those of you who prefer the intimacy of Waldenbooks, you need to let the corporation know!!!
at Wednesday, December 20, 2006 No comments:

The Tour Is Over 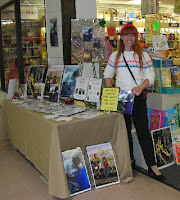 December 17th marked the last day of my tour for Book III. Starting mid-April, over 65 scheduled appearances, dozens of interviews, and dozens other stores I visited to sign copies on hand. Toss in dozens of high school libraries, a book festival, several articles, a seminar booked, hundreds of event announcements, interest from an agent, and an online writer’s club, and it was a very full year!

As always, it’s the fans & friends that kept me going! From the young fan whose family just missed me during their vacation in Myrtle Beach and drove 100 miles the following weekend to come see me, to the wonderful young woman who’d met me last year in South Carolina and drove into Columbus, Ohio this summer to spend time with me on my first foray into that area – their dedication helps me keep my commitment, too! I appreciate it so much!

Book IV is slated to come out this spring. Every year I learn more about promoting and I intend to do more online for this book than any other. I love the touring and will not stop, but for the sake of my sanity, I will scale back the appearances this next year. (My husband would appreciate seeing me now and then, too!) I plan to be involved in as many websites & forums as possible and have already been submitting articles. I also intend to make my first three books available as free E-Books on as many sites as possible to generate buzz, along with a portion of Book IV.

I am hoping my fans will assist me by passing along any websites, groups or forums on which I can get involved, post an article, post a free E-Book or link, or anything of that nature! Several people have volunteered to be test readers for Book IV, and I can always use more! (Along with readers of the first three books.)

There’s only a couple things slated for 2007 at that moment before the release of Book IV. I intend to use that time for Internet promotions and to complete Book V.
I’m beat – but it was so worth it! True success is how many people’s lives are better because of you, and I hope I successfully touched many this year. Here’s to the new friends I will make in 2007!!
at Monday, December 18, 2006 No comments:

This is an article I wrote on characterization:

If the plot is the backbone of the story, then the characters are the heart. Creating believable characters that your readers will identify with is crucial to a good story. Your characters must have depth, personality and the ability to evoke an emotional response from your reader.

Before you can formulate a riveting story, an interesting character must be devised. Many writers envision the setting first and the people inhabiting that world second. This often results in shallow characters. Developing a character in depth, complete with flaws, will give you a basis for your narrative. It is easier to build a plot around an individual than force that character into unrealistic situations.

Two factors will determine your character – their background and their personality type. Both are equally important and require some thought. Humans all share similar feelings and needs, but how they respond to those depends on their upbringing and their basic, fundamental personality. You need to be aware of these factors when writing your story.

Backgrounds are as varied as humans themselves. Race, culture, religion, and economic status all contribute to one’s development as a person. A person’s moral compass is easily affected by their upbringing, and you need to keep this in mind when creating your characters. A person raised by a loving family on a farm and someone raised on the streets of New York will not react the same! Flesh out your character with a family history, interests, and experiences.

Become familiar with the four basic personality types – choleric, sanguine, melancholy and phlegmatic. They will also determine how your character reacts in any given situation. (“Personality Plus” by Florence Littauer is an excellent book for researching these personality traits.) A bold, first-born choleric would likely take charge in a situation, while an introverted phlegmatic would step aside. You need to be aware of these personality traits in your character or you will find them responding in a dubious fashion.

Avoid the temptation to create a perfect character! People are flawed creatures and the more imperfections and internal conflicts your character possesses, the more intriguing your story. Give them weaknesses, impulses and unresolved issues. Negative aspects of your character might improve and eventually vanish, but this needs to be developed slowly during the course of your narrative. Life altering moments happen for us all, but a sudden change for no apparent reason will be looked upon as a mere plot contrivance.

Characters will always be the drive and focal point of any story. By putting a great deal of thought into your main characters, you will form interesting, relatable people. Once you have established this foundation, you can begin creating an intriguing tale!
at Wednesday, December 13, 2006 No comments:

With the holidays fast approaching, my appearances are coming to a close. I have several booked for next year before Book IV comes out, but my last road trip will be to Vriginia - Williamsburg and Virginia Beach. The Waldenbooks in Virginia Beach is closing in January and I wanted to visit one last time! The manager, Trish, and her crew have been a delight and will be sorely missed!!!

In other news, the online writer's group, The Writer's Meow, continues to grow and will be expanding soon! One of the members has set up an outside forum/chat site that everyone will be able to access! There will be writer tips and discussions, and you'll be able to chat live with me! Details and the website to follow this week, so keep watching!

And my husband was reading a passage out of Matthew yesterday that spoke of not letting yesterdays rob one of tomorrow. Good advice for everyone!
at Monday, December 11, 2006 No comments:

Suffering from writer's block? Need to be inspired?

Over at the Writer's Meow, we opened up forum discussions and came up with some pretty good ideas:


In the world of The Circle of Friends ...

I will be a guest at our local art gallery's open night in Janaury. I don't make many appearances in my hometown, so this will be an honor!

Another website accepted one of my articles, Creativity Portal.

And people in six different countries are now reading the series - thanks guys!!
at Thursday, December 07, 2006 No comments:

November's winner for the book giveaway was Jenny from Virginia!

Jenny gets a free copy of Book III, JAMES.

Teens Read Too 31 Days of Giving!

Has begun! All teenagers, got to this site and enter to win one of over 140 book prizes!!

http://www.teensreadtoo.com/31DaysOfGiving.html
at Friday, December 01, 2006 No comments: