As I was working with my editor in the months leading up to the release of Escalation: The Adventures of Chase Manhattan, I needed to also devise how I would market my book. I decided to have two plans, each with a different way of promoting. Plan A and Plan B. 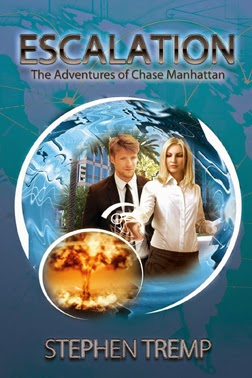 Plan A: The Quick Strike: I had a number of large target audiences and I would try to get most of the downloads the first week. Get that huge spike in sales. Rise to the top of one or more categories on the Amazon Best Sellers List such as mystery, action, adventure, or SciFi. The result would be sales and bragging rights as an Amazon Best Seller. The downside: a faster decline in sales after a few weeks.

Plan B: More Consistent Sales: A steady curve upward and lasting over time rather than the quick spike. I might not have that “Amazon Best Seller” in a particular category, but that’s okay. I would still sell a lot of copies, just over a longer period of time.
It became clear right away Plan A would not happen. I used what worked so well for me for Breakthrough and Opening; social media. But for whatever reasons, I never got that huge surge of sales this time around. The Escalation Blog Tour, Facebook, Twitter, Goodreads, and LinkedIn failed to sell 100 books. This is strange as I’ve had well over 10,000 in sales and downloads of Breakthrough and Opening.


What, Me Worry? Going into this I understood I would need to move in another direction. What worked then will probably not be enough to work now. However, I am very much surprised I did so poorly the first few weeks using social media.
But I know I have something really good with my completed trilogy. And Plan B has a lot of open doors. However, they will take place throughout the rest of this year rather than happen in an all out quick social media blitz.

Bookstores: I’ve had my first two books in Barnes & Noble and Borders Books across the country. I’ve done dozens of book signings and living in southern California met hundreds of tourists from all over the world. But that ship has sailed. I no longer have this luxury or this exposure. However, I will be doing book signings at Indie bookstores in Los Angeles and Hollywood.
And I do have some things in the works regarding a movie as there are people in the business more than intrigued with my story. I also have some other stuff planned that will reach thousands of people across the globe. Stay tuned.

Moving Forward: Hey, I have a complete trilogy. This does give me a bit of clout and momentum. And I live in the entertainment capital of the world and southern California attracts tourists from all over the world. I’m actually selling a lot of physical books up and down the beach to tourists and locals. Once Escalation is in print next month, I’ll have one more book to sell.
I also have a couple really cool and kind of creepy novellas I’m working on. For these I’ll seek out a small publisher. Then I’ll come back to more adventures of Chase Manhattan.
Well, that’s all for now. Thanks to everyone who has helped and supported me along this wild and crazy journey. I could not have done this without you. And thank you Diane for hosting me! The future is indeed looking bright. I just need to move beyond social media. 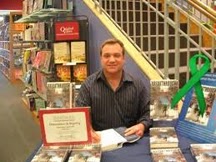 Stephen Tremp is the author of the Breakthrough series. Together, Breakthrough, Opening, and Escalation follow the lives of the unlikely participants from innocence to a coming of age through sacrifice, betrayal, passion, lust, unconditional love, and hope. Escalation will appeal to fans of modern-day science fiction, paranormal, action, horror, and even romance.

Stop by Stephen’s Blog for more information on the Breakthrough series.