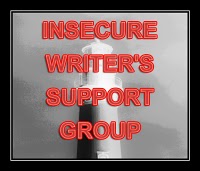 Today, it’s not so much an insecurity as just the unknown.

The industry is changing so fast right now. Since I teach seminars on publishing and promoting, I’ve worked hard to stay on top of things. There have been several major shifts over the past year and the one I’m most focused on right now is ebooks.

Last May I attended the SC Book Festival. Two things really stood out. First, all of the vendors reported less sales than the previous year. Some said by more than half. (I’d never attended the festival so had no point of reference.) Second, I was asked many times if my books were available as ebooks. I believe the two are connected.

On February 25th I will be participating in the first Book 'Em North Carolina Knowing the state of Robeson County, I feel certain many of those people will be seeking physical books. However, there is a big shift right now to ebooks. How well will the authors fare?

I’m fortunate that I’ll be one of only three authors selling ebooks. We are like the guinea pigs to see how well it works.

What will happen on February 25th is anyone’s guess. We’re going into the unknown. What do you think will happen?
at Wednesday, February 01, 2012