I woke up Saturday morning to the sound of rain and wind beating the side of our house. Hurricane Irene had arrived, and she hung around all day.

I've lived in Eastern NC for seventeen years now and experienced many hurricanes.

The first was Hurricane Fran in 1996. Yes, we had to start with a big one! Fran made landfall in Wilmington as a Category 3 and proceeded right across Eastern NC. (The eye passed over our town sometime around 2am.) We had no idea what to expect and were totally unprepared. No bottled water, no batteries - our only flashlight died at about midnight, an hour after the power went out. We spent the whole night in our hallway, listening to 100mph winds and wondering if the roof would still be there in the morning.

We were lucky only to lose a few branches and shingles from the roof. Others were not so lucky - this is the Motel 6 sign on top of three cars. A few days later, Raleigh released flood waters so they wouldn't flood - and flooded every town along the Neuse River. (Thanks, Raleigh!) Fortunately, we don't live in a flood zone. 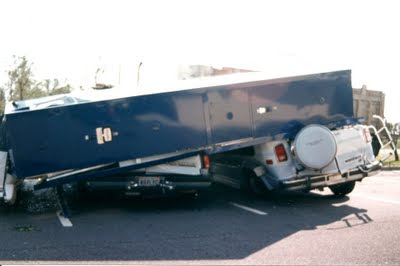 Irene battered our area with 40-50 mph winds and gusts even stronger. At least it hit during the day, but it was a very long day and the rain didn't stop until 7:30 that night. A few branches down, leaves everywhere, and over five inches of rain. Our power flickered all day long, but we never lost it. 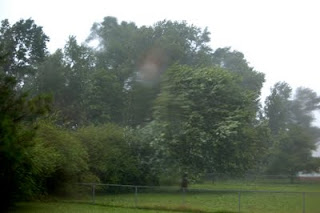 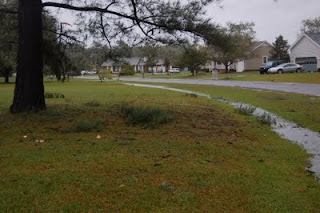 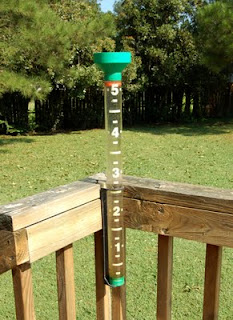 A hurricane can certainly add a lot of tension to a story. The preparation, the waiting, the long hours of listening to the wind roar, the fact that you are trapped in your house for the duration, storm surge for those on the coast, surveying the damage afterwards, possibly going for days without power... If you've never been through one, interview someone who has - because I don't recommend first hand research!
at Monday, August 29, 2011