Borders is Gone - How Will We Adapt?

Borders Inc. is closing all remaining Borders and Waldenbooks by September 30th. They had hoped for a buyout that would keep some of the stores open, but it fell through, and now they are liquidating all stores. I wanted to share some details and my thoughts on how this will affect authors and writers and how we can adapt.

While it’s tragic we’re losing 399 bookstores, it’s the 10,700 employees losing their jobs that tears at my heart. I know so many of those employees through my book signings. I called several on Tuesday, getting their email addresses so I can stay in touch.

Borders Inc. has been in trouble for years. I wish Waldenbooks had never merged with them, as those stores were my favorite to visit. The former Borders CEO ran another company into the ground - not sure why anyone expected different results here! Borders was so focused on competing with Barnes and Noble. They closed many profitable Waldenbooks just to support their big stores. Just over seven years ago, there were 700 Waldenbooks. By September 30th, the remaining 100 will also be gone.

Mismanagement wasn’t the only problem though. There’s the recession. More people are shopping online. Print sales dropped 25% in the past six months while EBook sales soared. Twelve percent of all Americans own an EReader. (And considering just over half of all Americans purchased at least one book last year, 12% is a huge number.)

What does all of this mean for authors? There’s bad news and good news.

Less shelf space is obvious. But there’s another issue - liquidation. Borders will slash prices to move merchandise, but 50-75% of it will be returned. Now, the average for hardbacks is 31% returns. (Scary, huh?) Just think what will happen when that number doubles. Authors can expect a big dip in royalties when this happens. Publishers will also feel the squeeze - and many will also take a big hit from the millions they’ll never recoup from Borders’ outstanding debt.

One article stated that this means less new authors will be discovered because of fewer employees recommending books to customers. Two thoughts on this-
First, the big publishers pay for those recommendations. (I remember Sense and Sensibility and Sea Monsters came out during one of my book tours - employees had to promote the title and they all HATED the book. Ironic, huh?)
Second, how do most people find new authors nowadays? Online and by word of mouth. No bookstore employee needed.

Here’s the good news for authors with small presses and self-pubbished authors - the Internet is a more level playing field. Bookstores have always been owned by the Big Six. They pay top dollar to have their books placed up front. And while they still do that to some extent online, there is more opportunity for smaller books to gain the reader’s attention. Small publishers also have niche markets outside of the bookstore that the big publishers overlook.

If you’re a small publisher author or one who’s self-published, now is your window of opportunity! The Internet is yours. EBooks are booming. There are thousands of retail outlets besides bookstores who carry books. Businesses and organizations buy specialty books. So many options! But you must move quickly - the big publishers are slow but they’re not stupid. They will still try to dominate. (Did you know Amazon once had a special where for $1000 your book would appear prominently next to the big publishers’ books on the main pages? The Big Boys protested and the program stopped. Doesn’t that make you mad?)

Now, what are your thoughts?

And I’d like to thank the wonderful employees of Waldenbooks and Borders for all the years I was able to invade their stores. I will never forget you!! 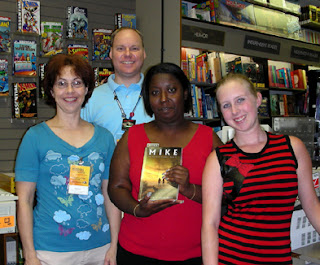 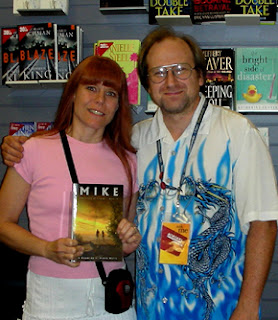 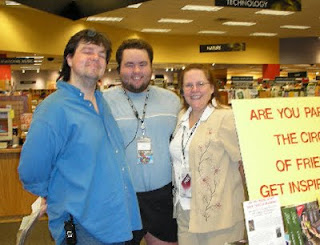 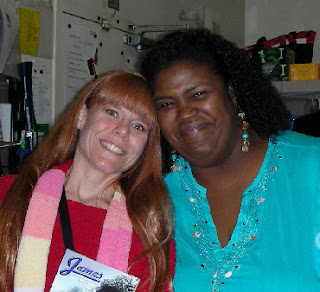 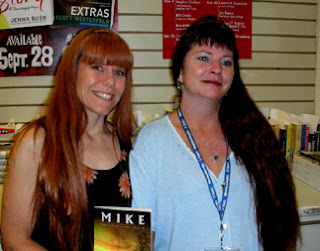 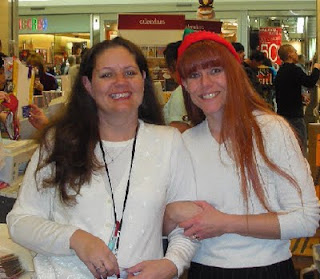 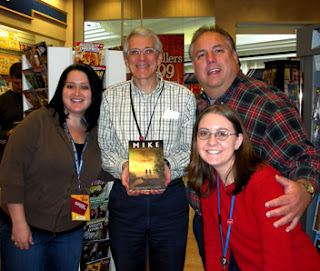