If you were stranded on an island, what fifteen albums MUST be stranded with you?

This is the basic premise behind Arlee Bird's Fifteen Fantasy Island Favorites! Please visit his blog at Tossing it Out for full details and to join in the fun.

When selecting my fifteen, I kept a few things in mind. What bands do I love? What albums are amazing? And what are my most favorite songs in the world? That last one influenced me the most. There are very few albums I consider perfect and while I have several bands I really like, I can't name just one as my favorite. (Even my favorite musician isn't my favorite overall band or act.) So many of the albums I selected contain a song I would place in my top 25.

The albums also reflect my range in music, from instrumental and new age to hard and prog rock. Thus we begin on the lighter side and work our way across: 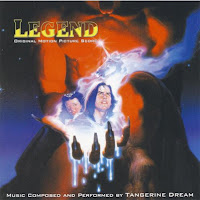 One of my favorite movies, paired with an outstanding soundtrack. Tangerine Dream’s music captured the surreal quality of the film, taking it to a new level. 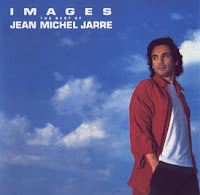 My favorite musician is French composer and new age artist, Jarre. His music is both haunting and upbeat. Images is a greatest hits collection and provides a good selection from his many albums. I fell in love with Jarre back in 1987. 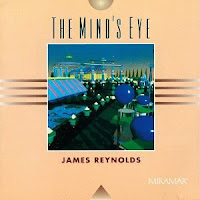 I own all four of the Mind’s Eye computer animation movies - this is the soundtrack for the first one. A mixture of instrumental songs that will always remind me of our time in Albuquerque. 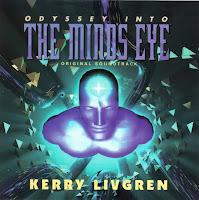 This is the last of the Mind’s Eye series. Kerry Livegren is formerly of Kansas and a Christian. This collection is incredibly dynamic and the expanded CD includes vocals on several of the songs as well as the original instrumental versions. 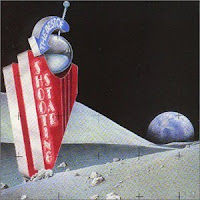 The Best of Shooting Star

When I was a teen, this was my favorite band. Unknowns from Kansas City, their song “Last Chance” has been my ultimate favorite song since the first time I heard it in 1981. Even though I was not the positive person then as I am today, I was obviously seeking optimism, as Shooting Star’s lyrics are filled with hope. 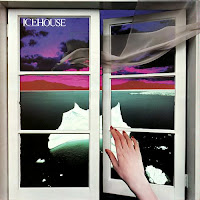 I almost selected the best of for this band, as I love the song “Great Southern Land.” However, Icehouse’s debut album still resonates, capturing the essence of the summer of ’81 for me. The song “Icehouse” is my second most favorite in the world and an incredibly haunting tune. 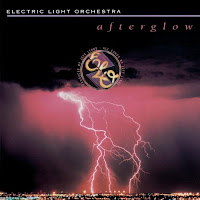 When I first discovered popular music, ELO became my first favorite band. Their obsession with space and time captured my imagination and eventually my writing. I would have to take this greatest hits collection or risk missing too many great ELO songs. 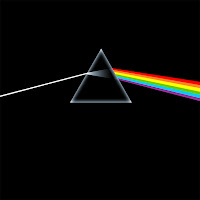 Pink Floyd - Dark Side of the Moon

This selection needs no introduction, and it sparked a passion for Pink Floyd that continues to this day. I used to play music all night long, so more than one of these songs invaded my dreams and inspired my writing. This album will soon be 40 years old, but it still sounds fresh. 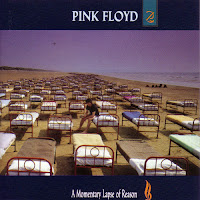 Purists dismiss later Floyd albums, but for me, this one captures the essence of Dark Side the better than any other Floyd album. It’s a reminder of a unique time in my life (fall 1987) and contains my favorite Floyd song, “Learning to Fly.” And it's solid, from front to back. 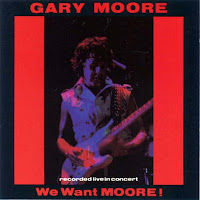 Before he turned completely to blues, Gary Moore knew how to rock! This is a live collection, highlighting some great songs. Without a doubt, the saddest song in the world is the live version of “Empty Rooms.” It’s like a sunny fall day that is cold & crisp - and spent alone. 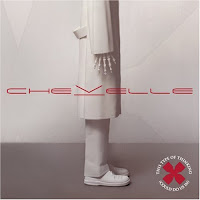 Chevelle - This Type of Thinking Could Do Us In

One of my current favorite bands, this was also difficult - which Chevelle album? This one contains a mix of rockin’ tunes and slow, haunting melodies - along with my favorite Chevelle song, “Get Some.” It also reminds me of the awesome cruise I took with my husband a few years ago! 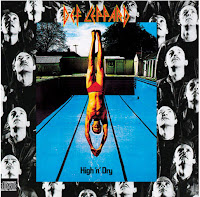 The first Def Leppard album I ever fell in love with, and at a time in my life that was rather dark. These songs still have a rough, raw edge and hint at the talent to come from this band. It also contains my favorite Def Leppard song, the original version of “Bringing On The Heartbreak.” 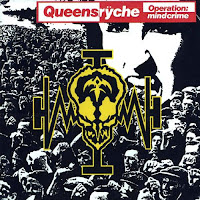 I’d heard of Queensryche, but not until this album did the band captivate my attention. Mindecrime is THE greatest concept album ever, sheer genius from start to finish, and showcases Queensryche at their best. It also reminds me of the year I met my husband! 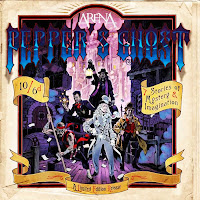 This was a difficult choice, as I almost selected Arena’s Specter at the Feast album. I fell in love with Arena two years ago, drawn in by a song called “Purgatory Road,” which is found on this prog rock album. A loose concept album, many of the songs feature monsters or the end of days - one song is even about a vampire! 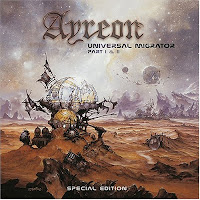 The most difficult decision - which Ayreon album? Why Universal Migrator? Because it’s the concept that ties all of the albums together. It is also very science fiction, almost impossible to classify, and contains a powerful song called “Dragon on the Sea.”


And thus concludes my Fifteen Fantasy Island Favorites! Are you participating in today's blogfest? What are some of the albums you would need on that island?
at Monday, May 17, 2010

Wow, the only three I'm familiar with are pink floyd (of course), Gary Moore, and Def Leppard. As far as I can tell from the covers, you really get into the progressive rock, hey? I used to get into quite a bit when I dated a guy who played in a metal band. Do you know Gordian Knot? I think you'd really get into them. They're brilliant.

Always interesting to see what others enjoy musically. Several of these I know, several I don't. Looking forward to finding out more about them.

Okay, I'm feeling nerdier than usual because I don't know some of these bands!

I'm with you on the Pink Floyd, though.

We have DSotM in common - I mean, how could that album not be on everyone's list ;)

Ack, I mentioned over at Alex's that I forgot Queensryche. I forgot Def Leppard, too! i love way too much music to narrow it down like his!

I love Pink Floyd! And Def Leppard too. The others I am not familiar with, but I will check them out now. So cool, this Fifteen Fantasy Island. =)

That's a mixture, all right! And we did both select Queensryche's Mindcrime.

A great list,I know Pink Floyd and Def Leppard but non to sure of some of the others,
I enjoyed reading your list and one sort ofcompares it with the others,

Allomorph, ironically only the last two are really prog rock. And I'll have to look up Gordian Knot.

Elizabeth, then you are not a total nerd. Muppet lovers aren't nerds!

Tara, can't leave off that Floyd album! And it was difficult to decide.

Gregg, if I'd more time, I would've provided links to listen.

I guess I would have never pegged you for these choices but then again I don't know what you would listen to. Great choices. A few I haven't heard of. I guess I'm going to have to find that "Mindcrimes" album with two votes so far. And Pink Floyd lingered on my choice of potential picks. As did Kansas-- I really like Kerry Livgren's work, but I hadn't heard of the one you mentioned.

I forgot that was today. I'll have to give a bealted 15 faves in tomorrow's blog. ANd gotta have some Pink Floyd on the list for sure.

I love seeing what others like in music. I'm pretty eclectic and probably would try to take my iTunes where I have a huge mix of songs from lots of different albums.

I've read several of these posts today and they're so fun! I enjoyed reading your list, though most of the bands I've never heard of. I definitely need to expand my musical horizons.

I'd have to have a Goo Goo Dolls album. They're the only band I listen to anymore - time to branch out!

Helen, I make a lot of my CD's, as I prefer a variety and would probably opt to take those with me instead.

Susan, expand beyond the Goo!

Wonderful list, Diane! Your love for fantasy and scifi really shows... thanks so much for sharing!!

Lots of albums and artists I haven't heard of on your list. I fell way behind on music once my daughter moved away and MTV wasn't constantly blaring. I can’t think of a particular album, but I’d be perfectly happy with a mixed compilation of goldie oldies.

I love Pink Floyd!! I Almost put them in my list, but I had to cull them...was tough to choose.

I don't know all of these, but the ones I do I like. I think I'll have to check out some new ones from your list too :)

Hmmm... I'm finding it interesting how wide the musical choices range amongst those bloggers who are linked up with Arlee Bird.

Great post and nice selection. There are a couple of names I don't recognize: James Reynolds and Shooting Star. I used to be a huge Kansas fan but never realized Kerry Livgren recorded on his own. Not only is this fun, I'm learning!

Sorry Marvin - too much?

Stephen, that is too wild! Hey, that kid had more than most people receive.

VR, the music is a mix of soft rock, rock, and a little new age. Well, I guess a little like Kansas!

Great selection, but I must admit to not knowing some of these. ELO, YES! :)

Good picks. I'd be ok with most of those but there are some that I'm not that familiar with.

You are definitely a music connoisseur--some very obscure bands. My husband is the same way, and I love that about him! (And I just might have some new bands to love.)

I would have a lot of Beatles and U2 on hand if I had to choose. But I'm simple like that. :o)

Loved reading through these! I admit I'm not familiar with some of them, but I do like Pink Floyd - Dark Side of the Moon.

Jackee, I always seem to pick the odd stuff. Not much for 'popular' music.

Talli, Dark Side is such a classic.

Some I know, some I don't...love
Queensryche, Def Leppard, ELO and Pink Floyd..great choices! I will have to come visit you on the island!