Celebration dance coming! I am about to hit 200 followers, which means it is time for massive contest giveaway.

It's been a long time in coming. Want to know how to blog the wrong way? Make you schedule so insanely busy you don't have time to visit but a handful of blogs each day. (After almost three months of insanity, I mean to correct that problem.) Start a blog but never comment on anyone else's blog. (Would you believe this blog is five years old? I didn't start following other blogs until November of 2008. Sad, huh?) However, I did finally figure it out, and now am about to crest the magic 200 number. Thanks to all of you who follow Spunky's ramblings!

So you're asking - what are the prizes and how do I win???

Lots to win - many ways to enter - and prizes may vary!

Yes, lots of ways to enter!

Now, what will you win?

One grand winner will receive-

A $30.00 gift certificate to either Amazon or Barnes&Noble.com - your choice
And a complete, autographed set of The Circle of Friends - a $102.00 value 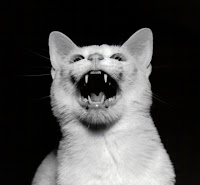 If I hit 250 followers before this contest ends, the winner will also receive:

A basket of treats from Bath & Body Works
OR
A basket of edible, gourmet treats
Your choice!

This contest is open to everyone, however...
Those outside the Continental USA will receive eBook copies of the series instead - and I will be happy to mail you a packet of bookmarks & stuff! And instead of a basket of goodies, your Amazon or B&N gift card will be $60.00. Sound fair?

Thanks again to all of my awesome followers! This contest would be no fun without you.

FUN!!! And our contests end on the same day...maybe we should just swap prizes and call it even. :)

There will be lots of happy bloggers on May 31st, and that's always a good thing! Congrats on reaching 200 and thank you for generating such great content to read!

Congratulations on nearing that 200 mark. You'll be there and over in no time. Very awesome contest.

That's cool!
Old follower and I'll add this to my sidebar - +4

Old follower! And I'll write a big post about it on Monday. I'll come back and add the link. You can trust me though. So is that, um, 12 entires? Wow!

WOW this is great!!! I've been wanting to read the rest of your series, so please enter me in!

Thanks, Jessica! I trust you. And I did a segment for The Writing Show a couple years ago. Paula also contributed a success quote for my non-fiction book. She's awesome!

Steph, that would be great if you won!

Congratulations, Diane. You so deserve it.
Old Follower: +2
karen@followingthewhispers.com

Congratulations on the soon to come 200th and not far behind 250. I surprised that you're not there already, but then again you are right about following and commenting. But it can be so darn time-consuming and you have your priorities in the right place I think.

I'll mention this in my Saturday post. I'm not too concerned about the contest because quite frankly they are too complex for me to understand and keep track of (that sounds dumb doesn't it), but good luck to all who are in it.

Yay, Diane!
Lee
Tossing It Out

Thanks, Lee. Enter anyway - I can tally your points.

Congrats on 200! Your prizes are fabulous and super generous!

And Laura, hope 7 is your lucky number.

Now *this* is how to run a contest! Of course I want to enter...I'll shoot an email later. Congrats on the followers!

I'm not on FB but I will be posting about a couple contests later on so I'll let you know when i do that.

I totally hear you about the *way to win followers and influence people* There's a knack to it and you either do it or you don't. When I'm super busy I don't, and then my followers stay the same. congratulations on your milestone!!

Congratulations on the Followers! That's fantabulous.

Thanks, Elizabeth - I wanted to make it special.

Thanks, Karen, and yes - I can tell when I slack!

Thanks for commenting about your contest Diane! I will definitely add it to my post next week.

In the meantime I have added it to my sidebar.

These are terrific prizes!

You've got my email already.

Congrats on the followers!!

+2 Old follower
+1 I am following through facebook
+2 I tweeted http://twitter.com/bangersis/status/14395316360
Thanks!!
email bangersis(at)msn(dot)com

Congrats on almost 200 followers! I'm an old follower and I'll add your contest to my sidebar, so that's 4 points.

Have fun with your contest!

Wowee, Girl! You deserve a huge pat on the back. Why not write an article on how to accumulate 200 committed followers!
Best,
Carolyn Howard-Johnson
Tweeting writers' resources at www.twitter.com/FrugalBookPromo

Woo Hoo! I'm an old follower and will be posting a blog post about your contest and it will appear on my blog on Monday, May 24th. I recently achieved 100 and was thrilled. 200 is certainly a milestone!

What can it be...I just realized I was a follower through Networked Blogs, but not a Follower through your. I'm a new follower now too. I will also Tweet and Facebook. I think that brings my total to: 8.

And Carolyn I can think of a thousand bloggers who did it much better.

What a fun contest. You're almost there too.
I'm and old follower. +2

Congrats to you! And don't worry -- it took me forever to figure out blogging. And I still don't have it figured out!

Congrats on the followers!! No need to enter me in the contest. Just happy for you!

Whoot! Congrats on all these awesome followers! I can't wait to read your books, and I will whether I win them or not :)) Here's my entry 411:

There's four, for now!
Thanks!!

ongratulations on your HUGE flock!

I got bored with cleaning kitchen cupboards and checked out my lovely blogs. I saw your competition on Tessa's Blurb. Thanks Tessa! And *Yowie Kowzie* I am No 200!!!!! Take that! Phew, now that I've calmed down, congratulations on an awesome blog and I'm so glad I found you! Haveagreatweekend...:)

Thanks, Arlee - you caught it as it happened, too.

+5 for me! What a terrific contest!

Oooh, these books look very cool ! Awesome contest ! Thanks for giving me the opportunity ! :D

Congratulations! That is totally awesome.
+1 New Follower(I can't believe I never officially followed you. I always forget to do that when I add someone to my Google Reader)
+2 I posted a link to your giveaway here: http://debbiesworldofbooks.com/other-giveaways

I'm a newbie follower plus I'm adding the link to my sidebar.

Thanks for the contest! It's awesome you're up to over 200 followers.

Where'd the time go? It seems to fly when I'm checking out the blogs (doesn't help my internet is painfully slow).

Congrats on the followers! I wandered over here from 'Tessa's Blurbs'

Awesome! I'm in-- and I'm tweeting this!

I am now a very proud follower.
I just need 10 for my own 200th follower.
Enjoy your week-end.
Yvonne.

OOh.. I do love contests!

Wow! Welcome to all the new followers! I hope my Spunky blog is fun to follow.

Congratulations on nearing that 200 mark.
data entry work from home

I'm a new follower, popping over from Arlee's blog. Good timing too! You have a lot of great stuff happening here!
After this, I'll be tweeting and adding your contest to my Monday post. Congrats on the 200 plus followers now!

What a wonderful contest you have going on!!!

The Alliterative Allomorph is giving you some wonderful blog love!

Okay, small announcement in my Saturday blog post - another 2 points.

Lisa Richards/alterlisa said...
This comment has been removed by the author.
May 23, 2010

Congrats on reaching the big 200!

Hi. I love contests and we cross paths occasionally. I'm a new follower, I followed on fb, and I'll tweet you as well. +2.5 with the tweet? Congrats on the new followers. Smooth marketing.

congrats on reaching 200! I am a new follower, I have blogged, tweeted and linked on my sidebar for a total of 7 entries! woohoo!! I can't believe I haven't followed you already :) Can't wait to stalk-er-read your blog :)

I'm an old follower and I'll link you in my sidebar.

OOPS! Just noticed I forgot to include my email addy in my last comment!

Hooray for an awesome contest! Thanks, Diane!

And count me in from the huge smile upon my face. Congrats for hitting 200+!

I'm a new follower and I have a sidebar link! Yay!!

I love your blog title!

Palindrome, yes Spunk On A Stick draws attention. Thanks for following!

Can't believe I almost missed this uber-awesome contest!!! A huge congrats on the +200 followers and what great prizes!!!

thanks for the great contest! I am a follower, not sure if considered an old or new one, I follow on facebook (networked blogs) and added it to my sidebar. I would love to win the gift certificate and books! Congratulations on 200 followers.
my email is wvsmarties(at)yahoo(dot)com

Congratulations on your 200+ followers!

Awesome giveaway. I have been wanting to read the series and this would be a great way to do it.

Hey Spunky! As always entering one of your contests! :D

Congrats on the bg number here! :)

+1 New Follower
+1 Follow my blog through Facebook
And I posted it to my journal on DA - it's your decision if it's big or small! Here's the link :) http://kerriswift.deviantart.com/journal/32502685/

Have a great weekend! :)

Congrats on all your followers!

Slidin' in at the last minute! Found your blog recently - glad I did! Fun contest - I have a total of 6 entries:

Thanks for hosting such a cool contest!!

+1 I'm a new follower (actualy I'm
44 yrs. old, so maybe I'm an old follower) LOL
+1 I signed up to fan on facebook
Jolynn_Reads@yahoo.com

great contest. thanks very much!

Congrats; you are now well on your way to 250 followers, yay!

Not quite sure if I'm late...
sheerie(dot)thefay(at)gmail(dot)com :)
I am an old follower

Contest still going!! You made it.

Please enter me in this great contest!

I am new follower and I also follow with Networked Blogs

You're getting closer to 250!! I'm a new follower - thanks for the great giveaway!
winnieayala at yahoo dot com

Thank you for hosting this generous giveaway - I would be SO thrilled to win!
Aimee
sierranelsby (at) gmail (dot) com

I follow you on Facebook via Networked Blogs (Aimee Waerhouse).
Thanks!
Aimee
sierranelsby (at) gmail (dot) com

I am a new follower of your blog on Google Friend Connect (username Nelsby).
Thanks!
Aimee
sierranelsby (at) gmail (dot) com

Sorry, I didn't do that right!

What fun!! Can't believe I almost missed it!! Boo for blog breaks!

Thanks to everyone who entered!