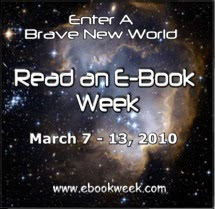 No More Paper Cuts For Readers
Although it will come as no surprise to e-book aficionados, electronic book sales exploded in 2009. While traditional print publishers staggered under the burden of high per-unit costs, discounted on-lines sales prices, and reduced sales during the recession -- readers gleefully snapped up e-book readers in unprecedented numbers. According to the International Digital Publishing Forum, sales of electronic books rose 254% by the third quarter of 2009. Forrester Research predicts a staggering 6 million e-books could be sold this year, double the 3 million sold last year.
And what about e-book readers? 43.3 million devices were manufactured by the third quarter of 2009. That translates to a 4.2 percent increase in production from 2008. With the Canadian release of the Kindle 2 in November - watch for an even greater market share for e-books in 2010!

This year several e-book readers are set to challenge the hold Sony and Kindle have on the market. Given the number of readers recently launched, 18 at the recent Consumer Electronics Show, it would appear prices for readers should fall.

Many readers found the Barnes & Noble Nook e-reader under the Christmas tree this year. The Nook boasts two screens: one the traditional e-ink 16 shades of grey and the other a flashy 3 ½ inch full-color touch screen for navigating through menus and book covers. This innovative e-reader will even let you lend a book to a friend for two weeks. You've got to love this type of technology!

In the "more good news" category, Aluratek has unveiled a new, lower-priced e-reader: the Libre eBook Reader PRO. This reader doesn't have a lot of bells and whistles, which is okay for those who want an e-book reader and not something that does everything except make your morning coffee. It boasts a decent battery life and comes in at about $179.00.

Fictionwise is offering it's own e-book reader, the eSlick, and Time Warner has developed a proto-type digital tablet to read Sports Illustrated electronically. Can other magazines be far behind?

Plastic Logic debuted the Que at the CES show. More than just an e-reader, it features a calendar and documents management system. A European launch is scheduled in six months. According to the Plastic Logic website, the Que has a whopping 8.5 x 11 inch screen that makes reading business documents, newspapers and periodicals effortless.

Of course, we can't forget the multi-use devices many of us own already – the trusty smartphones and Ipods. Apple reported more than 1 million downloads of Amazon's free Kindle e-book reader application for the iPhone.