Perseverance and Perspective -- two of the best tools in a writer’s tool kit. 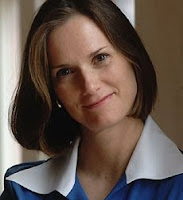 Hello and thank you to L. Diane for hosting me on her blog today. I’ve been writing for nearly fifteen years and the journey certainly has been filled with many ups and downs. So many wonderful experiences and craft tools I’ve learned, but today I’d like to speak a bit on two tools that writer’s don’t often think about… perseverance and perspective.

I think one of the biggest mistakes a writer can make is believing that once a first draft or even twelfth draft is done that a story is done. That once you’ve gotten a handful of rejections the story is rejected for good. What I’ve discovered after writing over 33 manuscripts and selling nine books, is no story is ever done until it’s published.

The first book I sold to a publisher was my fifteenth manuscript. I had written it for a romance line that closed the week I sent the story in to an editor. Undaunted, I rewrote the story as a single title-adding more conflict, a subplot, and sexy bits and resubmitted. But I was told, while the story was good, that particular setting was of no interest to the publishers at that time. So, I put the manuscript away and continued to write other stories. Three years later a publisher opened a new line and was looking for all settings, but this publisher wanted short sweet books- half the size of my manuscript. So, I set to work and ruthlessly cut 250 pages from the work including all the bits that I had put in after the initial rejection. The book sold within six weeks and Saving Samantha was one of two debut historical romances published by Avalon books.

You might think published authors would no longer have full manuscripts around as they sell on proposal. But this is also a myth. Even with 7 books on the shelf, when I wanted to change from historical to romantic suspense, I had to have a completed work for editors to see. So, I wrote Mr. Charming, my first romantic suspense. I sent it to a series publisher who rejected it as not right for their list at this time. So, I rewrote it as a big single title, but was unable to find a house for the story because to them the story line sounded like a series romance. So, I put it away and wrote other things. Then Avalon thought they would have a romantic suspense line. So, I took out Mr. Charming and once again cut it down in size and scope and rewrote it as a sweet. Unfortunately, Avalon decided against a romantic suspense line and the book came back to me again—rejected. Still I didn’t give up. When I heard that The Wild Rose Press was looking for romantic suspense, I dusted off the book, revised, edited it yet again and sent it in. This time~ it sold!

The lesson I’ve learned from these two experiences is that no book is ever “unsellable.”
Stories are fluid and can be written and rewritten many times. The only time a story is set in stone is when it’s published and put on a shelf. And just because it’s not right for the current market, doesn't mean it won’t eventually find a home and an audience.

Perseverance—if you love your characters and are will to preserver then your chances of selling go up. Perspective helps if you can remember that publishing is a business and a good book may be rejected a thousand times before it finds a home. Even though rejections hurt—and they do—if you have faith in your work and are willing to keep trying, it will pay off. For me, the real pay off comes when someone takes the time to write me an e-mail and tells me that the LOVE the book and want to know when my next one is out. Those e-mails make my day… and all the effort worthwhile. Keep writing!
.

Mr. Charming, a romantic suspense where a single mom discovers that love doesn’t follow the rules, is available now at The Wild Rose Press, amazon.com, fictionwise.com
.
Nancy J. Parra has a degree in Journalism but turned to writing fiction when she discovered it was more interesting to interview the people in her head. She loves to interact with readers and writers. You can contact her at Nancy J. Parra