No not the chocolate covered ones! Our two little trouble-makers, Rocko & Spunky.

Someone dumped them off in our neighborhood when they were just three months old. A trip to the vet and $300+ later, they came inside permanently. And it's been nothing but black fur and mischief ever since...
But I would like to showcase some of their talents! They are pretty amazing... 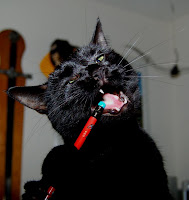 Rocko loves to sing and is a Kareoke natural. Should get her on American Idol. 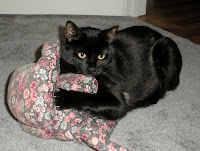 Spunky is adept at attacking stuffed animals. Those plushies don't stand a chance, either! 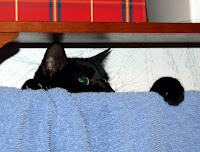 Rocko has a special way with towels, including the ability to tie one into a complete pretzel. 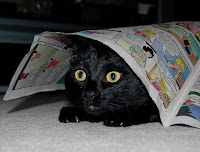 Spunky also has a super power! When he hides anywhere, he turns invisible. Completely. You can't even see him, can you?

If cat carpet-sliding were a sport, Rocko would be an Olympic champion! She can shimmy sideways across our living room in just three seconds...

So there you have it! Two uber-talented goobers.
.
Any other talented kitties out there?
.
And Spunky would like to express his thoughts on the laughter regarding his big ole' butt: 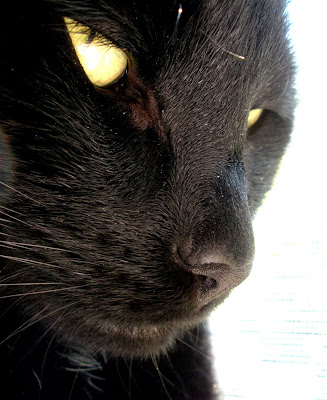