This week, the Christian Fiction Blog Alliance
is introducing a double pair
House of Dark ShadowsandWatcher In The Woods
(Books 1 and 2 in the Dreamhouse Kings Series)
Thomas Nelson (May 6, 2008)
by Robert Liparulo

ABOUT THE AUTHOR:
Robert is an award-winning author of over a thousand published articles and short stories. He is currently a contributing editor for New Man magazine. His work has appeared in Reader's Digest, Travel & Leisure, Modern Bride, Consumers Digest, Chief Executive, and The Arizona Daily Star, among other publications. In addition, he previously worked as a celebrity journalist, interviewing Stephen King, Tom Clancy, Charlton Heston, and others for magazines such as Rocky Road, Preview, and L.A. Weekly.
Robert is an avid scuba diver, swimmer, reader, traveler, and a law enforcement and military enthusiast. He lives in Colorado with his wife and four children.
Robert's first novel painted a scenario so frighteningly real that six Hollywood producers were bidding on movie rights before the novel was completed. His acclaimed debut novel, Comes A Horseman, is being made into a major motion picture by producer Mace Neufeld and his short story "Kill Zone" was featured in the anthology Thriller, edited by James Patterson.
Bob has sold the film rights to his second book, GERM. And he is writing the screenplay for a yet-to-be-written political thriller, which sold to Phoenix Pictures, for Andrew Davis (The Fugitive, The Guardian) to direct!
And his third book Deadfall. debuted to rave reviews!

ABOUT THE BOOKS
House of Dark Shadows(Dreamhouse Kings Book 1)
Dream house...or bad dream?When the Kings move from L.A. to a secluded small town, fifteen-year-old Xander is beyond disappointed. He and his friends loved to create amateur films . . . but the tiny town of Pinedale is the last place a movie buff and future filmmaker wants to land.But he, David, and Toria are captivated by the many rooms in the old Victorian fixer-upper they moved into--as well as the heavy woods surrounding the house. They soon discover there's something odd about the house. Sounds come from the wrong directions. Prints of giant, bare feet appear in the dust. And when David tries to hide in the linen closet, he winds up in locker 119 at his new school.Then the really weird stuff kicks in: they find a hidden hallway with portals leading off to far-off places--in long-ago times. Xander is starting to wonder if this kind of travel is a teen's dream come true . . . or his worst nightmare.
Watcher In The Woods(Dreamhouse Kings Book 2)
It's not just the house that's keeping secrets.Pretending everything's all right is harder than it sounds. But the Kings know that even if they told the truth about the bizarre things happening in their house, no one would believe them. They're hyper-focused on rescuing their lost family member before anyone finds out what's going on. But when a stranger shows up to take their house, their options start dwindling fast. Why would he be so interested in a run-down old place? And what secret is he hiding--just as he hides the scars that crisscross his body?The mystery gets stranger with each passing day. Will the Kings be able to find a way to harness the house's secrets and discover who is watching their every move before another gets snatched into an unknown world?The Dreamhouse Kings Series has three contests that you will not want to miss...Dream the Scene, a weekly "Thanks For Reading Trivia contest, and the Dreamhouse Kings Street Team contest. There are also free bookplates that you can request, and a chapter of each book that you can download!
You can get all those goodies HERE. 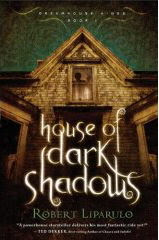 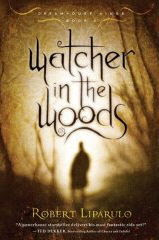