This week it was revealed that author Robert Galbraith is really J. K. Rowling. From Entertainment Weekly -

"In a statement to The Sunday Times of London, which followed up an anonymous tip with some literary sleuthing, Rowling fessed up that she is indeed Galbraith: “I had hoped to keep this secret a little longer, because being Robert Galbraith has been such a liberating experience. It has been wonderful to publish without hype or expectation, and pure pleasure to get feedback under a different name.”

"Despite some sterling reviews (Publisher’s Weekly declared it a “stellar debut”), the book has barely made a sales ripple either in the U.K. or the U.S. It was published stateside in late April by Muholland Books, a three-year-old imprint of Little, Brown (which released The Casual Vacancy). One expects sales to explode now that Rowling has been revealed as the true author"

While many think it was a marketing stunt, evidence points that it was not. Copies of the print book are rare and the publisher doesn’t have many in stock. They are now scrambling to crank out another 440,000 books to meet demand.

That demand may be met before those books ever hit the market though. From Yahoo Finance -

"In the meantime, however, most bookstores don’t have print copies of the book. Amazon says the hardcover will ship in one to three weeks and refers readers to Kindle if they want to read Cuckoo immediately.

"This is freaking out bricks-and-mortar booksellers who fear that by the time that they finally get print copies in, everyone will already have read it on Kindle. The New York Times quotes one store owner: “People who can’t get it as a book are going to run and get it as an ebook. By the time the books are back, two weeks from now, most people are going to have read it on some device. That really concerns me.”"

Physical bookstores will likely take a hit and sell fewer books. Could this have been prevented? Was it a marketing stunt? What do you think of famous authors writing under a pseudonym?

Yesterday my cats, Rocko and Spunky, were interviewed by Shelly Arkon’s dogs at her SITE. Can you say the truth about cats and dogs? 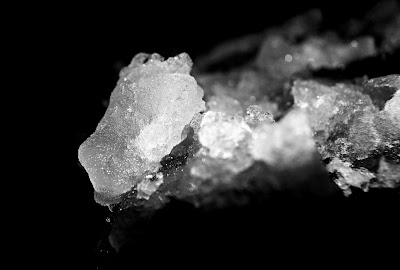 A little ice to cool you off!