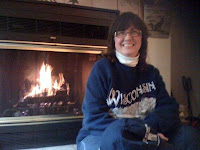 I had the honor of interviewing Morgan Mandel recently, and member of my online writer's club, The Writer's Meow, contributed some questions as well. Thank you Morgan for taking the time!

Tell us about Book Place!
Book Place is a ning network I created almost 2 years ago. I’d heard of Crimespace on ning and joined. When I discovered its owner was very strict about promotional efforts by the members, I decided to provide a network where members would not be afraid to promote. Actually, I encourage my members to promote, although I do warn that if they go overboard they face the danger of being ignored by other members

How do you keep up with so many websites?
It’s not easy, since I work four days a week, but I do the best I can. I spend most of my spare time on the computer tending to my sites, writing blogs, networking with other writers, and working on my novels. It’s very time consuming, but I’m hooked on it.

I envy anyone who can write mystery/thriller! Why did you select that genre for your first book?
Actually, Two Wrongs was my second book. My first book was a romance. I didn’t realize it at the time, but it was not worthy of publication. You might call it a learning experience. It took me a while to catch on to what comprises a good book.

I’ve always equally enjoyed romances and mysteries, especially the ones that are more character driven. Because of my dual allegiance, I not only belong to Romance Writers of America, but also Sisters in Crime and Mystery Writers of America.

What do you think is the greatest promotional effort an author can make?
That’s a tough one, because there’s so much these days that an author must do to promote a book. It’s hard to single out only one. First, set up a website. After that, a blogspot. Then there are e-groups to join, conferences to attend, panels to participate in, a book launch party for each book, book signings, plus all the promotional materials, such as bookmarks, business cards, postcards, etc.

What has been the highlight of your author journey so far?
The first highlight was getting Two Wrongs published. After that, I’ve had many others. I’m lucky enough to have a husband who’s proud of my work

and mentions my books to one and all when we go out. I do remember once a friend told me she took Two Wrongs with her on vacation and it made the rounds at swimming pools in more than one state. I also remember another friend who said she hadn’t had a chance to read my book yet because her husband wanted to finish it first. I was happy the book met its mark and appealed to both sexes, since that’s what I’d had in mind when I wrote it. Another exciting moment later on was getting the contract for my romantic comedy, Girl of My Dreams.

What’s next for Morgan?
I’ve got a romantic suspense called Deadly Dreams under consideration with a publisher. It’s about how a lovely lawyer’s career change that turns deadly when she falls for her psychotic mentor. If it’s not accepted, I’ll shop it around until I find a home for it.

I’m also in the final stages of a children’s book about my special needs dog, Rascal, who can’t hear. Then there’s the thriller I’m two-thirds through, which is targeted for the Boomer generation. After that, I have a few romances I’ve put on hold until I can get the other projects completed.

Some people say to stick to one genre to gain popularity, but I can’t do it that way. I follow my feelings and write what I want to write.

These are from The Writer's Meow club members-
"When writing mysteries, how do you know what you're writing isn't going to read like a bad cliché, or a mess of plot holes?"

They say nothing is new in stories and plots. That’s true. The difference is how to twist them around to make them seem like they’re new. After the first draft, I look for redundancies and common phrases in my manuscript and exchange them for more unique phrases and descriptions.

I enjoy getting into my characters’ heads and pretending to be them. By doing this I surprise myself and my readers. The characters tell me what they’ll do next. I don’t do a detailed synopsis. I have an idea of how the book will start and end, but the rest of it is as much a mystery to me as it would be for a reader picking up my book. That keeps my writing fresh and fun.

“Do you have any methods or tricks for getting past that 'writer's speed hump' where you feel like everything you've written is tripe and you should give up on that story and write another idea that you had?"

I have a terrible habit of editing too much as I go along instead of writing the first draft of my manuscript first. This is a blessing and a curse. I’m always thinking of better ways to say what I’ve written and actually enjoy that process as much as actually creating the story.

When I really believe in a manuscript, like my present Boomer project, I persevere even when it’s hard to do so. Since this book contains many characters and settings, it’s not easy for me to keep track of them all, yet I feel it needs to get written, so I’ll work my way out of the maze somehow.

As far as giving up on a story and writing about another idea, it’s amazing how many great ideas come to me while I’m in the middle of a manuscript. It’s very tempting to start fresh, and I’ve succumbed a few times, but have made my way back somehow, I guess by discipline.

"When you write, do you always keep an audience in mind, or do you ever decide to just write for yourself?"

I write what I want to, but the trick is to promote it to the appropriate audience. My romantic suspense, Two Wrongs, is a dark mystery, so the audience is much different than that of my romantic comedy, Girl of My Dreams. Since I belong to organizations, networks and listservs, etc., representing both genres, it’s not that difficult for me to do so.

“What is your greatest influence on your writing?”
I don’t have only one influence on my writing. As far as my style, it’s an amalgam of many authors I’ve read, such as Mary Higgins Clark with her everyday people as characters facing horrible situations, Sidney Sheldon with his glamorous heroines, Dick Francis with his droll heroes, Dean Koontz with his psychological suspense, and John Grisham with his great courtroom scenes.

As far as what I write, I never know when an idea will hit me or where it will come from. That’s the beauty of being an author.

“How do you come up with so many different styles and ways of writing? You’re great at being able to write from both the male and female views.”
I write according to how I feel. If I’m in a vicious or dark mood, it’s easy to work on a mystery or thriller. If I feel mushy or light, a romance is a fun project to work on. Of course, my moods change, but I still need to follow through and finish the manuscript.
As far as writing from male or female points of view, if you’ve gotten into your character’s head and imagination takes over, anything is possible. Sometimes I find it easier to write from a male point of view because my imagination gets more reign. When I write from a female point of view, I have to keep reminding myself I’m not writing about me, but another female who thinks and does things differently than I do.
"How do you come up with what your characters say to each other and keep the conversations from being one-sided?”
Conversations in novels are not always like those in real life. Every word in a book should move the plot along in some way. I enjoy the spoken interplay between characters, so I don’t like to have any one character to monopolize a conversation. Also, I try to make the characters’ speech patterns differ in some way so readers can tell them apart.

Both books available in print and e-book at the Hard Shell Word Factory’s website: http://hardshell.com/Search.aspx?Keyword=morgan+mandel
Also at Amazon in print and in kindle at: http://www.amazon.com/s/ref=nb_ss_gw?url=search-alias%3Daps&field-keywords=morgan+mandel
at Monday, January 12, 2009