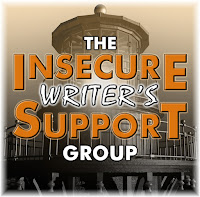 Sorry I missed last month. My mother-in-law passed and we were busy taking care of things and attending the memorial.

Today’s optional question: What would make you quit writing?

I’m going to let DLP author Damien Larkin answer that, as he has a book release today!

“Nothing. I can’t think of a single reason or scenario where I’d ever want to quit writing.

Writing can be a frustrating, exhausting and at times mind numbing process. I have moments where I’d rather stare out the window or bash my head off the laptop screen than write another word (although, I don’t think I’m the only one…)

Something about it always spurs me on, though. I love creating and crafting new worlds and characters. I enjoy a fresh new story pouring out of the depths of my psyche and slowly coming together into a coherent tale.

There’s times when I may feel like quitting, but I know I’ll never follow through. This is who I am now. If it takes me a year, ten years or a lifetime to get to where I want to be, I’ll keep pushing. What could make me quit writing? Absolutely nothing.” 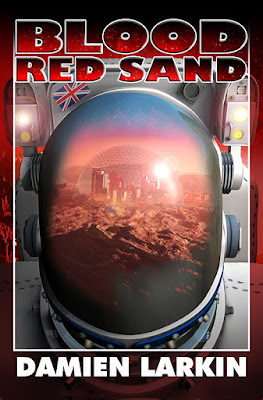 After World War Two, Sergeant McCabe knew the British army could send him anywhere. He never imagined facing down another Nazi threat on Mars.

In New Berlin colony, rivalry between Generalfeldmarschall Seidel’s Wehrmacht and Reichsführer Wagner’s SS threatens bloodshed. The Reichsführer will sacrifice everything to initiate the secretive Hollow Programme and realise his nightmarish future for humanity.

McCabe, Private Jenkins, and the Mars Expeditionary Force must overcome bullet, bomb, and bayonet to destroy the Third Reich. While Jenkins fights to stay alive, McCabe forms an uneasy alliance with MAJESTIC-12 operatives known as the Black Visors. Will this be the final battle of World War Two or the first confrontation in an interstellar war?

Damien Larkin is an Irish science fiction author and co-founder of the British and Irish Writing Community. His debut novel Big Red was longlisted for the BSFA award for Best Novel. He currently lives in Dublin, Ireland.

What would make you quit writing?
Picking up Blood Red Sand?