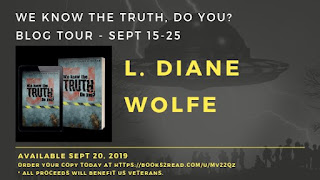 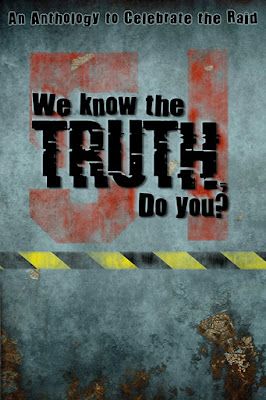 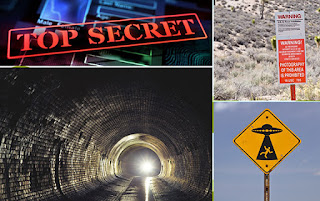 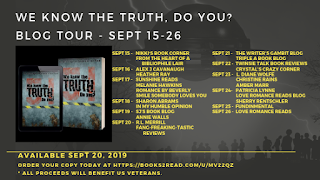 I have never submitted an anthology entry, may get around to doing it one day. Thanks for a most interesting post Diane.

If you didn't have guidelines, that flock of authors would turn into a herd of cats in no time.

Hi Diane and Terri - seems like you made the right choices ... you can't accommodate everyone all the time - and people can comply or otherwise. This sounds an excellent way to raise money for the veterans. I'm sure there's lots hidden - I've never heard of Area 51 - probably why! Oh ok - now I see what it is ... or what I'm told ... sounds a very interesting series of stories for the anthology - cheers Hilary

I have my copy - looking forward to reading it!
My first short story was in the Tick Tock anthology - and what a thrill it is to make it into an anthology!

I remember when I had my first story published in the Hero Lost anthology. Such an exciting moment! Just picked up a copy of Area 51. Looking forward to reading it.

Looks like an interesting book that supports a great cause!

Terri did an amazing job putting together this anthology and keeping everything on track, in such short notice, too. She's a superhero!

Thank you so much, Diane, for hosting this interview and shout-out!

As a late comer to the anthology I was happy to find it. Word of mouth. Terri did an awesome job of herding us. The stories are entertaining. I'm reading it now.

Congratulations Everyone! Looking forward to reading.

Terri is awesome to work with and so organized. She's wonderful and one of the main reasons this anthology went off so well in such a short amount of time.

Its a great subject and the sci-fi buzz must be unbelievable with everyone juxtaposing to share - "the truth is out there" I want to read all about it.

This sounds a lot more worth it than the actual raid.

My first published story was in the Hero Lost anthology. It's definitely a great feeling to get a piece of writing out there!

Sounds like a great read. It sounds like a rewarding undertaking to organize an anthology. I'd have a hard time picking authors.

Yeah, many sure need those guidelines or things could really go off the rails.

Fun stuff, and for a noble cause (US Veterans).
Thank you, Terri, Diane, and all involved.

It must be quite the challenge to get everyone together in time.

I'd love to see Area 51. I'm leaving for Vegas in a couple of days. Had mu trip been scheduled a little earlier, I'd have been tempted to join the raid ~ LOL! Thanks for an interesting post, Diane. I've jotted this book down in my reading list!

What an intriguing theme for an anthology! I've added it to my TBR list. I'll have a short story coming out in an anthology in November. The theme is pioneer women, so will be very different from Area 51 stories.

Art Bell, RIP, would have absolutely loved this, but I bet his spirit (perhaps still there in the Kingdom of Nye:) would be as impressed as I am!! Best wishes to all involved.

And I'm so glad it was published.

What a wonderful cause. Kudos to the authors.

Congratulations to all the authors! It's a fantastic idea and a great cause.

How exciting. Congratulations to everyone.

I love this idea! I am fascinated and will have to visit this Area 51 in the safety of my cozy leather couch~ Congrats, to all involved!

Area 51 fascinates me. Congratulations on this!

I'm mad Area 51 Raid fizzled. All that training and practicing my criss-crossing running for nothing.