Yes, I’m posting five times this month! It’s been a busy month with lots of book releases. Today I welcome the wit and wisdom of Roland Yeomans.


Welcome to the latest stop in my DON’T BUY MY BOOK! Blog Tour.

Don’t Buy My Book? Am I kidding? All Indie Authors want their books bought, right?
Yet, I bet you’ve often felt as I have: like the first slice of bread in the loaf; everyone touches you, but no one wants you.

Rejected, Abandoned, Unwanted.
It is a congested marketplace out there and only getting more crowded each month. In a crowded market, Brand stands out where individual titles may not.
We need to build our books around a Brand:
(Our style of spinning a story, the unique twist we give to each book that tells readers: “Oh, this is a Yeomans kind of Story: the zinging dialogue, the unpredictability of the plot, the epic scale to the action.)
Know what 3 words are on the office wall facing the writers of the TV show, The Flash?
HEART, HUMOR, ACTION.

So Don’t Buy My Book; Buy My Brand.
What is my Brand?

A dichotomy of images –
an Old West Texas Ranger fighting Sidhe in England and Dragons over the Eiffel Tower: 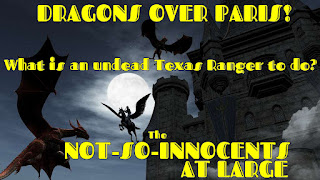 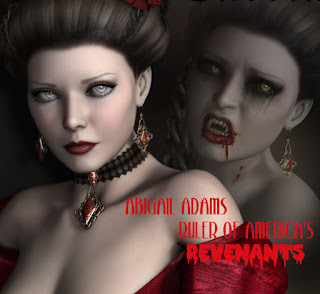 Startling Versions of Legendary People –
11 year old Nicola Tesla; an insane Abraham Lincoln, white supremacist; a vampire, two-faced Benjamin Franklin; a mysterious Greek physician who turns out to be an immortal Saint Luke; and a mischievous young Mark Twain making passes at every pretty lady he meets – even unknowingly to a famous lesbian! 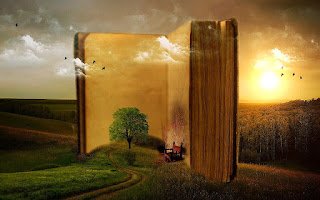 Reader Discussion Sections in the back of the Books –
There are book clubs still out there and Goodreads as well. Why not encourage discussion of our books to spark further sales?

Distinct Twist to A Genre –
It takes at least 3 books to gain traction to your Brand. I stumbled into Steampunk with my 1895 Egyptian Historical Fantasies (DEATH IN THE HOUSE OF LIFE & THE STARS BLEED AT MIDNIGHT).
I purposely twisted the Steampunk genre with THE NOT-SO-INNOCENTS ABROAD and now with 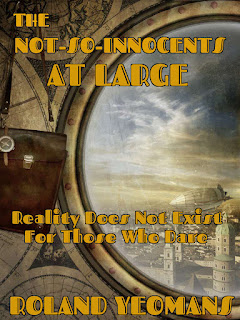 Excerpt:
Chapter 20: RED WEDDING
“I hate violence as only a man who has lived it can, only as one who has seen its brutality, its futility, its stupidity.”- Samuel McCord
The darkness beckoned. I stiffened. Children laughing. There were children down below. I went cold, my face turning to flint.
Baptiste smiled like a mortician reading of a coming plague. “All know how the safety of children is paramount to The McCord.”
Lucanus growled, “Sometimes when you stack the deck, werewolf, the cards do not play as you expect.”
Baptiste laughed, “See? I go down the stairs before you to light the way.”
He stepped down into the opening. I heard the striking of flint against stone. Then, the flickering light of a torch descended before us. I dropped the Whisper of the Winds I usually wore to conceal my Orenda and followed him.
Meilori, my wife, whispered behind me, “Showing off is the fool’s idea of glory.”
Ralph Waldo Emerson sighed further back, “To know and not to do is not to know at all.”
Sammy grumbled up closer to me, “Thank you so much for sharing that round-robin with us, poet.”
Nicola said, “Don’t worry, Mr. Clemens. We shall do the best we can with this situation. And if we are doing the best we can, worrying will not make it any better, will it?”
Emerson said, “Why those could have been my words, lad.”
Horace Greely snorted, “Do not worry, sir. In the fortnight, you will quote them as if they were. And cad that I am, I will print them.”
High Fae Queen Oyggia said, “Mortals plan, the Universe laughs, and the survivors weep.”
Benjamin Franklin sniped as we descended into near darkness. “Madame, remind me again who is wearing the Collar of Restraint from Elohim?”
Nicola bent to pet his cat, Macak. “Do not growl so. You will not have to defend me. The good captain has things in hand.”
General Sherman growled, “Oh, if my Colt had not been taken by that infernal Ningyo bodyguard, Ice.” Lincoln said, “A fact of which I am glad. Death by ricochet would just add insult to a mortal wound.”
And with that bit of whimsy, all of us found ourselves in a huge chamber whose walls fluttered with scarlet silk hangings. Torches were but few that lined the walls. I could but barely make out robed shapes milling about. I flicked my eyes up. Small balconies with dark-faced archers, arrows notched and ready. I scowled. It was what generals called a “Kill Box.” Sherman’s beady eyes seemed just as pleased as I felt … which meant not at all.
Baptiste called out to me from the far corner. “They who walk the night are not all men. Ka nama kaa lajerama!”
Sammy snorted, “And a Gesundheit to you, too.”

What are you waiting for? Buy My Book! I know what the name of my tour is. But I changed my mind. I am a man, after all!

Roland Yeomans was born in Detroit, Michigan. But his last memories of that city are hub-caps and kneecaps since, at the age of seven, he followed the free food when his parents moved to Lafayette, Louisiana. The hitch-hiking after their speeding car from state to state was a real adventure. Once in Louisiana, Roland learned strange new ways of pronouncing David and Richard when they were last names. And it was not a pleasant sight when he pronounced Comeaux for the first time.
He has a Bachelor’s degree in English Education and a Master’s degree in Psychology. He has been a teacher, counselor, book store owner, and even a pirate since he once worked at a tax preparation firm.
So far he has written thirty-four books. You can find Roland at his web page or at his private table in Meilori’s. The web page is safer to visit. But if you insist on visiting Meilori’s, bring a friend who runs slower than you.

Find The Not-So-Innocents at Large at Amazon in ebook and print. You can view all of Roland’s books on his Amazon Author Page.