Flowers for Tina and The Rifters 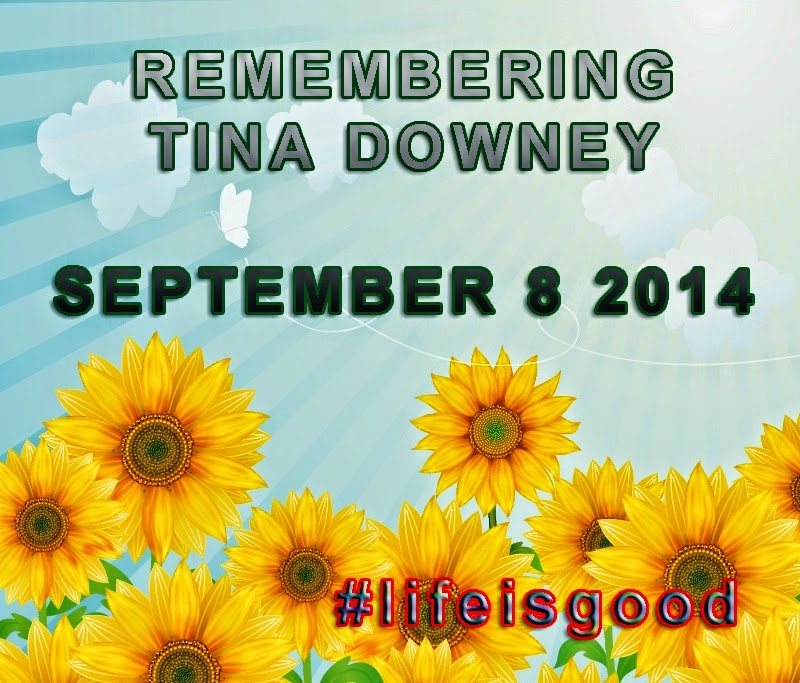 These are my flowers for Remembering Tina Downey. I couldn’t find any real sunflowers, so made this little arrangement for her. Tina was a really sweet person, full of spunk and life. My heart goes out to her family and friends. 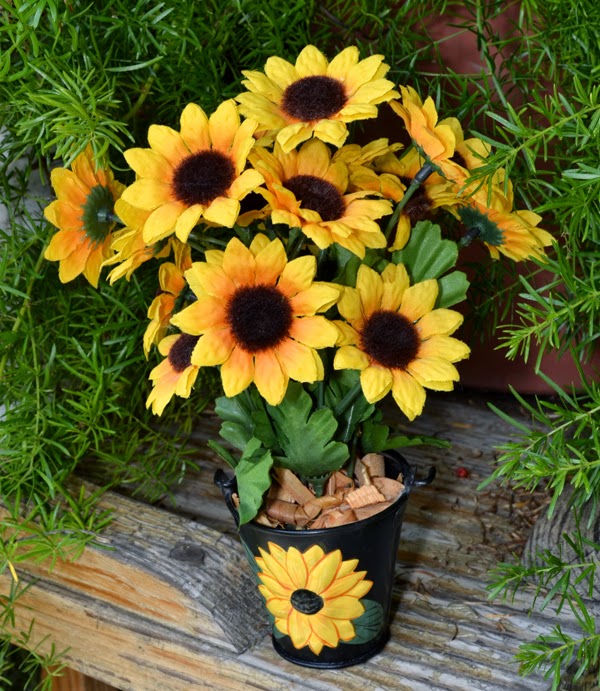 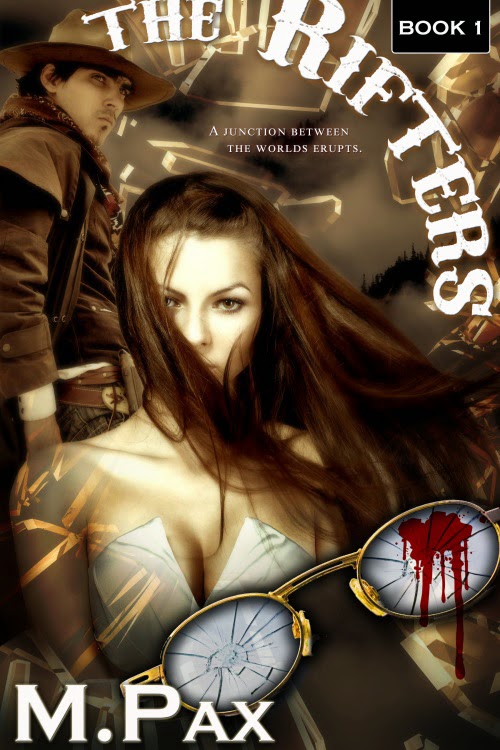 The Gold Rush trickles to a fool’s quest and a string of stagecoach heists. In 1888, Earl Blacke decides to make a new start and become a better man. He escapes into the mountains, heading north. In the wilds of Oregon, a rift inside an ancient volcano opens and sends him into the future, into the present day. It also shaves forty years off his age, forty years to live over again and atone for what he’s done.

Starting over is hard to do. In current day New York, Daelin Long’s dream job at a publishing house goes the way of the dinosaurs her sister chases. With no money and nowhere else to go, Daelin accepts the librarian position in her sister’s dinky town in the middle of Oregon. Nestled inside ancient volcanic peaks, the town of Settler holds onto many secrets. Residents roam the streets with weirdly fashioned devices, and odd lights pulse in the night skies. People whisper of a phantom outlaw and start dying, murdered and missing their heads. On top of it all, Daelin’s sister is missing, and Daelin doesn’t know who to trust.

Earl knows more than he’s saying. He shares a notorious history with the phantom, one he’ll see remains buried. Keeping Daelin’s sister’s secrets is his only chance at redemption, and the only way to keep this world safe.

The Rifters is available at an introductory price. The second book in the series, The Initiate, will be available October 20, 2014. It’s up for preorder for a special price at iTunes, Amazon, and B&N. Check HERE for links. Giveaways and events are ongoing through October 31, 2014. Check HERE for details. 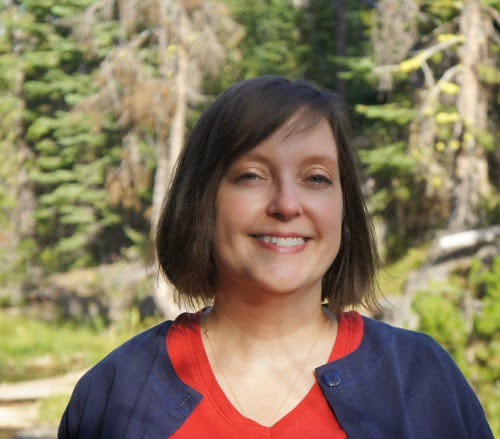 M. Pax is author of the space adventure series The Backworlds, plus other novels and short stories. Fantasy, science fiction, and the weird beckons  to her, and she blames Oregon, a source of endless inspiration. She docents at Pine Mountain Observatory in the summers as a star guide, has a cat with a crush on Mr. Spock, and is slightly obsessed with Jane Austen. Learn more at MPaxAuthor
at Monday, September 08, 2014