What’s Kindle Unlimited All About?

Amazon recently launched a new service - Kindle Unlimited. Basically, it’s an all-you-can-read service for $9.99 a month. Think “Netflix for books.” It’s not the first - Oyster has been around much longer - but since it’s Amazon, it does bring credibility to the idea.

There are a couple things to consider with this new venture.

For one, there are no Big-5 Publishers participating. The titles are limited right now and consist entirely of small publisher and independent titles. In fact, according to Tech Crunch, “...most major publishers have been working hard to create and invest in other partners. Oyster Books, for example, is a beneficiary of this anti-Amazon sentiment while houses like Zola Books are funded by publishing insiders.”

Since it’s late to the party, and it has a limited title base, most subscribers of other services probably won’t switch.

It probably won’t drastically change the industry, either. Not everyone wants to rent their books rather than buy them. As Book Business Magazine stated, “Everyone didn't stop buying tracks on iTunes when Spotify took off, so don't look for any seismic shifts here either.”

Will “NetFlix for books” really take off? With eBooks free to download from one’s local library, not to mention all of the titles most people already possess on their devices, this might be just another option for readers.

Are you signing up for Unlimited or thinking of ditching your Oyster account? 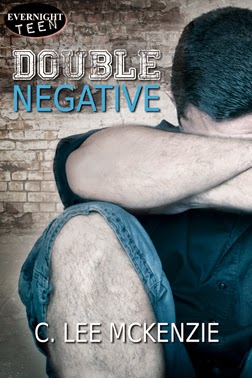 Sixteen-year-old Hutch McQueen is a smart kid who can barely read. He makes one bad choice after another, trying to find a way to escape his rotten life at home and at school. Each time he gets into more trouble.

Buy it at Evernight Teen


Be sure to check out Double Negative and other new releases at my other site, The Circle of Friends.