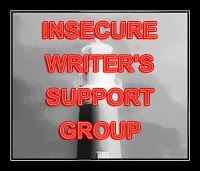 Something neat happened at the Oscars (and the Golden Globes) that most people missed. For those of you wondering if your work will be remembered, this will give you hope.

In 1971, the band Electric Light Orchestra released their first album. It produced one hit, a little-known song called 10538 Overture.

They went on to have much bigger hits, including Mr. Blue Sky, Don’t Bring Me Down, and Hold on Tight. But 10538 Overture would not be forgotten.

It appeared again on Def Leppard’s album YEAH, where the band covered some of the songs that influenced them.

Last year it was featured in the movie American Hustle.

And at both the Grammy’s and the Oscars, 10538 Overture was American Hustle’s theme song.

Not bad for a 43-year-old song that most people have never heard!

So if you’re wondering if your book will be remembered or have relevance many years down the road, just remember 10538 Overture.

And so you will remember it, here’s a live performance video:

If you’re curious, this is Def Leppard’s version:

I’ll never forget it, because it’s my favorite song by ELO and in my top 10 favorite songs of all time. (And hearing Def Leppard, one of my favorite bands, perform it was pure Heaven!)

Think you’ll be remembered now, too?

My next post will be on Monday - it’s National Wormhole Week and we are hosting a blogfest called “Wormfest.”

Rules are simple:
Name one thing where science advances mankind, and one where technology will go too far and set us back. They can be the same thing or different.

See you on Monday!