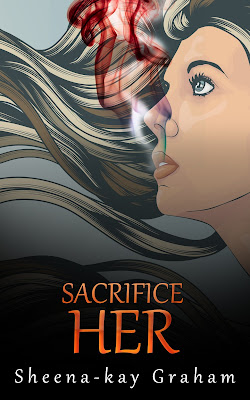 Summary: When a city is at stake is the life of one sixteen-year old girl worth risking thousands? Deidra Moore goes on the run after escaping from a group of human sacrifices for Bane: God of War. She doesn't believe he exists and sees uncertainty in the scorching desert as a better alternative. But Faux City isn't finished with her and their leader Lord Brinn is ordered by Bane - through one of his maiden worshipers- to bring her back or face dire consequences. In the desert Deidra meets a wanderer named Kane and as feelings spark can they find a safe place to lead a new life before Lord Brinn and his soldiers catch up with them? Yet the question remains. Does Bane really exist and if he does what will happen if either side succeeds or fails? Told in alternating perspectives of both the runaway servant girl and the blonde strong willed leader. 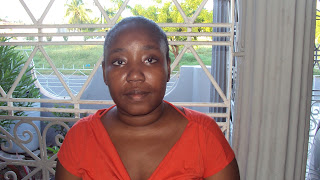 Sheena-kay Graham was never meant for a traditional job behind a desk. Her childhood career plans included becoming a ballerina, actress or someone who helped people. So naturally she decided to be a writer who writes from her bed. Yes, no desk for this Jamaican book lover. No matter if it’s reading, writing or using the computer....you get the gist. The love of the written word has always been with her leading to stories, novels, poetry and way too much fan fiction. This Christian woman can be found trolling Amazon online, in local book bookstores, watching movies on the big screen or in her bed, or reading/writing/on the laptop...again in her bed. Mainly writes YA fiction and is ready to unleash her creativity and wow potential readers.