And Now For Something Completely Different…

It was a very slow week for publishing news and a busy week for me with three books to format and a seminar.

So, I am giving you a different kind of post today and very different photos outside of the ones I post for inspiration. For those of you writing contemporary tales, one thing that comes up in a story at some point is what kind of cars do the characters drive? Because a car can say so much about a person, from social status to income level to personal tastes.

Need an idea for a car in your story? Trip down memory lane with me and see if one fits the bill. Or maybe the adventures I had with each one. Just don’t judge me! 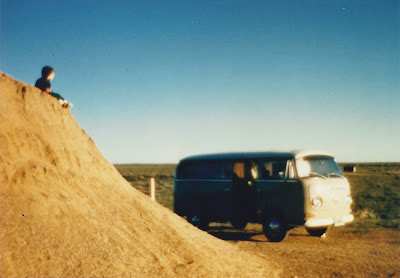 My dad had customized it for camping and we used to sneak people into the drive-in inside the built-in storage box. The thing had no guts and the only time it ever went over 65 was down a hill. I kept threatening to turn it into a dune buggy.

Next was a 1974 Ford Pinto. Very thankful no one ever rear-ended me. 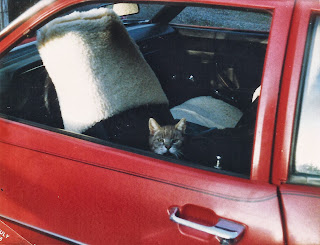 (My cat Tiger inside the Pinto!)

(It was so awful, I don't even have a picture of it! Imagine this brown...)

It was brown for a reason! And no AC. At the time, I was living in Arkansas, and I about died without AC. 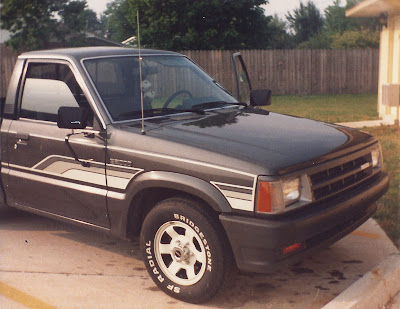 It was a year old when I got it and had over 40,000 miles on it already. But it ran like a dream and towed a large U-Haul across country. Twice. I loved that truck! 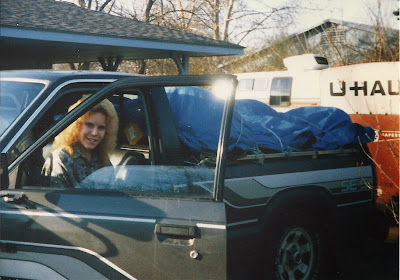 Next came the Chevy Z-24. Not by choice though. My boyfriend couldn’t afford the insurance so I drove the Z while he drove my pickup. It was an automatic, which was weird for me - I’d only driven stick shifts. But it was the first car I ever got over 100 mph! 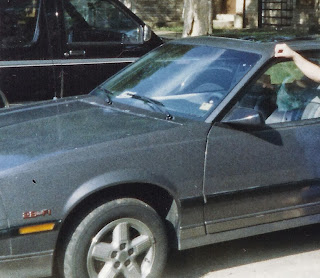 Long story short, my truck was traded in for something else and not long after, I and said boyfriend parted ways. What I really wanted to do was part ways with that Z! Still pining after my Mazda, I purchased another pickup - a 1989 Toyota. 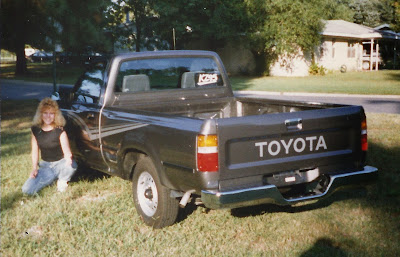 It was basic, but I didn’t care - it was my first new car and I signed for it all by myself. That truck and I went through a lot together - slid off an icy overpass, broken windshield and side window three times, someone tried to steal the (bald) tires (ABQ police said it was a gang initiation), I backed into a ditch (farmer had to pull me out with his tractor), and I burnt out the clutch. (Worst smell ever!)

After eleven years, I really needed a new vehicle. By then, I’d fallen in love with Dodge trucks and we test drove both a Ram and a Dakota. My husband thought the Ram was way too big for me, but it came down to price - I could get a basic model Ram or a fully loaded Dakota. Easy choice!

(I couldn't find photos, although I have many, but this is what she looked like.)

She had a Bose stereo, a spray-in bed liner, and every extra I could throw on her. And with a 6 cylinder, 3.7 liter engine, she was fast and powerful! I felt like I was driving a tank, too. It was also a gas guzzler, and since I was traveling a lot for book signings, I spent a lot on gas. Since this was before gas prices went out of control, I didn’t care. I loved my Dakota!

Four years later, gas prices started to rise over $2.00. The truck also needed some work, as unfortunately Dodge is not the most reliable. It was with tears I took her in for something new, but I knew it had to be done… After my first Mazda, I knew I could trust it. They only had two on the lot that were stick shifts, and since Mazda was the only one willing to deal, I picked the maroon one. That vehicle proved to be a trooper. The day after I purchased it, I went to Virginia Beach for a weekend of book signings and day one I did two things you’re not supposed to do with a new vehicle - I went way over 70 mph and I had to slam on my brakes on the Interstate and dive off to the side to avoid rear-ending the line of cars stopped ahead of me. (Can you picture me doing that? LOL!) She also had no guts, but the way I drove, I pushed her to have some.

Seven years later, I was approaching 200,000 miles. Yes, I travel a lot for speaking and book events! The Tribute still ran great, but I knew soon the time would come when she’d fail me. After months of test driving (I was in no hurry) I found my next vehicle - a 2012 Hyundai Santa Fe. 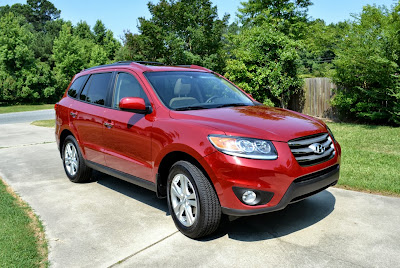 It was also a maroon red and fully loaded with every custom feature you could imagine - heated seats, killer stereo, sunroof, etc. The only downside was it was an automatic, but I already knew I’d never find another SUV that was a stick shift. The best part - I’d planned for this purchase and paid cash for the first time ever!

She’s also like a tank and very comfortable to drive. It won’t go 0 to 60 in four seconds, but it has something I have dubbed “turbo.” It’s like the space shuttle taking off - not fast, but as it gains speed, it accelerates very rapidly. I’ll pass a car and look down to discover I am doing 90 mph! (So, if you’re driving in NC and a maroon-red Sante Fe blows your doors off, it’s me!)

Those were all of my vehicles. Any one of them could fit with a character in your story. Or one of my adventures. If your character needs to spin off an icy overpass, just ask - I can give you all the gory details!