"The new collection of devices, which are scheduled to hit stores on Oct. 16, includes the Kobo Arc 10HD, two Kobo Arc 7 tablets running Android 4.2.2 (Jelly Bean) and the Kobo Aura with a 6-inch e-ink display.

"Many may say [the] tablet industry is crowded, but until now, no one has developed tablet experience for readers first," a Kobo executive told attendees. "People who download apps on tablets don't read daily, and do so more like once a week. We talked to some of our best customers, and they said tablets are generally multi-purpose first and e-readers second."

"To change this, the Kobo Arc tablets are designed specifically for readers. Instead of bombarding users with emails and notifications, the devices put a hold on distractions that typically prevent peaceful reading."


Last month the American Booksellers Association and others sent a letter to the White House after Obama's televised appearance promoting his economic recovery agenda at an Amazon fulfillment center. They raised issues about Amazon's predatory pricing and fight to avoid sales tax, along with other issues that hurt small businesses. They finally got a response.

"In a wordy, form letter, with no mention of Amazon, President Obama replied to Steve Fischer, executive director of the New England Independent Booksellers Association, last weekend. He, or more likely a staffer, used the letter to highlight Obama's commitment to job creation and particularly to helping small businesses, hit hard by the economic recession, grow."

You can view the full letter at Publishers Weekly.

Lee at Tossing it Out posted about a Battle of the Bands that happens every Friday, pitting two versions of song against each other.

My entry is Mama Weer All Crazee Now. It was originally recorded by Slade from the UK in 1972, it was later redone by two bands in 1984.

The first version came from the Irish band Mama's Boys. They never made it big in the US (although I have a couple of their albums and they're great) but they did an excellent cover of the song, incorporating both story and performance into the video. The actual song begins around the 1:20 mark:

Sadly, that version enjoyed only a month of air time before a bigger band with a bigger label muscled it off MTV. I couldn't find the original music video, but this is the song:

Yes, it's obvious which one I favor, but which one do you prefer?

And your Friday inspirational photo, which is available for purchase at my SITE: 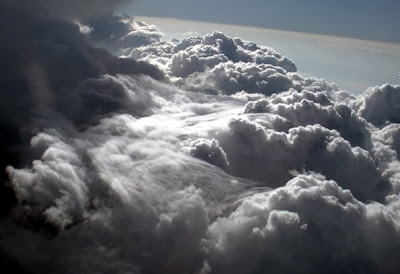