Making Money as a Self-Published Author 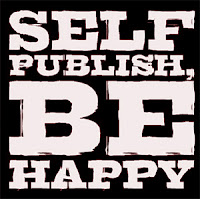 A report came out last week based on a survey of self-published authors. The Guardian composed an article based on the results, stating the following:

“But a survey of 1,007 self-published writers – one of the most comprehensive insights into the growing market to date – found that while a small percentage of authors were bringing in sums of $100,000-plus in 2011, average earnings were just $10,000 a year. This amount, however, is significantly skewed by the top earners, with less than 10% of self-publishing authors earning about 75% of the reported revenue and half of writers earning less than $500.”

The Digital Reader responded to that article, noting that it focused only on certain aspects. In response to half of the authors earning less than $500, they offered this thought:

“The thing is, no matter how little those authors made while self-publishing their ebooks, on average they are almost certainly better off than if they did not have the option of self-publishing.”

Of course, investment in a good editor and book cover artist more or less eats that $500. However, it gets the author’s work out into the marketplace, and as they continue to write and publish books, their total sales per year will grow.

What do you think of this survey and its findings?